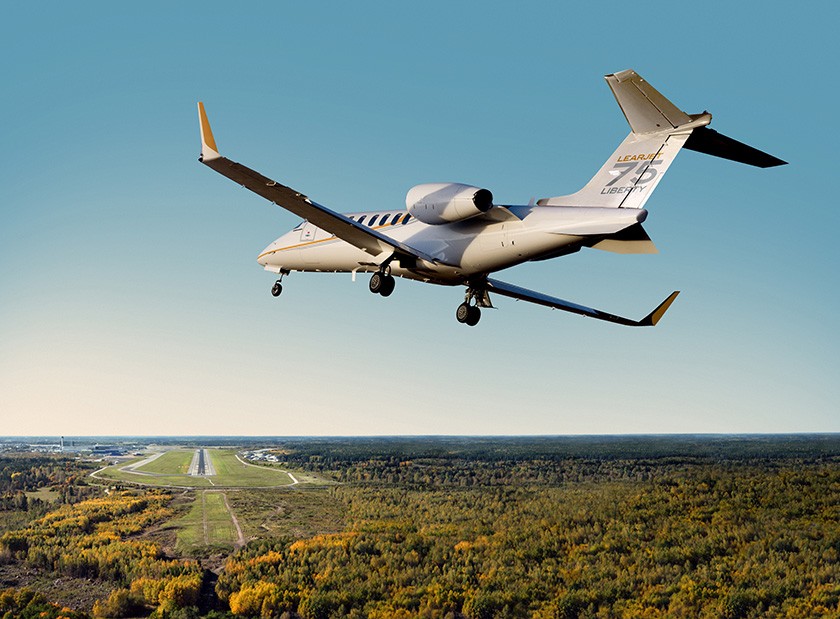 While February is known for roses and chocolate, last month brought some disappointing news.

Aviation enthusiasts bereave the end of a 60-year legacy: Bombardier’s decision to stop producing the iconic Learjet 75 Liberty by the end of 2021.

A favorite amongst pilots, the Learjet boasts a high speed and broad range. With more than 3,000 aircraft built, Learjets symbolize luxury travel.

Since 1963, Learjets have propelled business moguls and music legends towards success (Frank Sinatra and Elvis Presley to name a few). So, it’s entirely plausible that Sinatra’s hit song “Come Fly With Me” is an invitation onto a Learjet.

The private jet even held influence on popular culture, rightfully deserving of its feature in Carly Simon’s 1971 hit “You’re So Vain.”

Why is the Learjet Being Discontinued?

Despite past prosperity, analysts and experts are not entirely surprised at Bombardier’s move, given the Learjet 75’s low production numbers in recent years. In 2020, the company produced 11 Learjets, compared to 12 from the year before.

Even looking back on 2015 – when Bombardier concluded its brand new Learjet 85 line- we can see that the brand struggled to stay afloat in the light jet segment.

Since the introduction of Embraer’s Phenom 300 and Cessna’s Citation XLS, the Learjet has faced intense competition in an already challenging market dynamic. If anything, the global pandemic accelerated a sad ending.

According to CEO Eric Martel, Bombardier is redirecting its focus towards more profitable models, their Global and Challenger families.

When one door closes, another one opens. Like the Learjet, the Global 7500 is changing the face of private travel.

The model broke the record for the longest mission ever flown (in a non-stop flight of an impressive 8,225 nm) between Sydney, Australia, and Detroit, Michigan.

History of the Learjet

As we bid farewell to the icon of lithe and luxury, we reflect on the life of the Learjet and where it all began: in Wichita, Kansas 1960.

The first model – the 6 passenger Learjet 23 – made its first flight on 7 October 1963. The plane successfully flew almost 200 flights before being destroyed in a failed test flight in June the following year.

From there onwards, the Learjets would go on to set numerous records. In 1965, it reached 40,000 feet in 7 minutes 21 seconds with seven passengers on board. A year later, it became the first business jet to circle the entire globe.

Bombardier purchased the Learjet corporation in 1990. The acquisition brought even newer and sleeker models to the market: the Learjet 40s,45s, 60s, 70/75 pairing.

Thankfully, Learjet fans won’t have to go cold turkey. Even though production has formally ended, many Learjets will still be available on the private charter.

Bombardier is still committed to the product line and will continue to offer servicing and refurbishment programs.